Dr. Harrison Nelson is a veterinarian at our Oracle and Orange Grove Pet Doctor hospital who is passionate about making sure that Tucson pets find good homes and the best veterinary care. 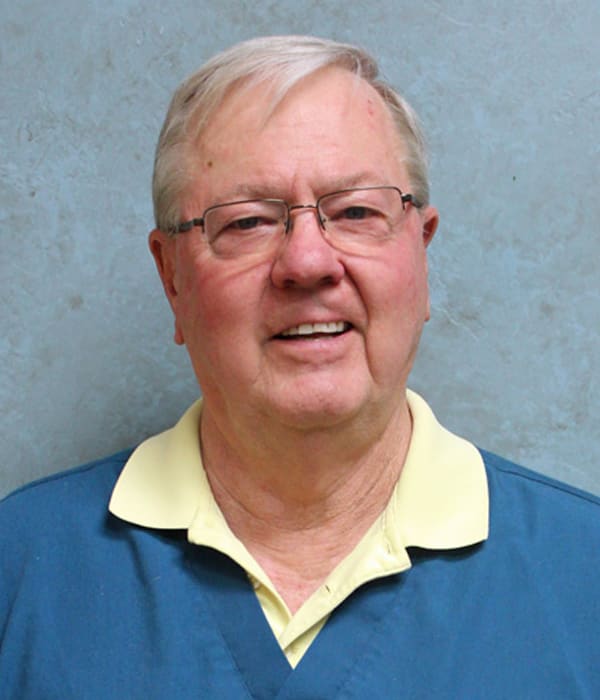 Dr. Harrison Nelson was born in St. Joseph, Missouri and grew up on a farm near the rural community of Plattsburg, Mo. His parents, Jack and Mary, where second generation farmers on a piece of land known as the Nelson Farm, which was started in the late 1800's by Jack's Grandfather Henry. The farm raised cattle, hogs, corn and soybeans along with many horses, goats, and chickens and the uncountable number of cats and dogs that roamed the property. Dr. Nelson was a star athlete in high school participating in football, wrestling, and track. He attended Drake University in Des Moines, Iowa on a wrestling scholarship and majored in Pre Med. After a short stint in the Navy (Seabees) He decided to pursue a course in Pre Vet. After a year in Graduate school at the University of Missouri in microbiology he was accepted into Veterinary School at MU. Graduating in 1978 he moved for a short stint to Las Vegas. A job opening at Blue Cross Animal Hospital in Tucson under Dr. Wayne Randall and Dr. Ed Buck, who would become his mentors, became available. He started the Animal Medical Clinic of Tucson in 1985 and was one of the first 24 hour emergency facilities in the city. The hospital flourished through the nineties and eventually was sold to Veterinary Centers of America in 2001. He worked for several years for VCA and in October of 2013 Opened Pet Doctor LLC.

He has two sons Matt and Zach and wife Julie. Zach and his daughter Lilly and fiancé Ashley now live in Plattsburg, MO. Julie is an avid pet owner and involved with Tucson 2 Tails cat rescue. Dr. Nelson and Julie have 8 pets! The three cats are Ozzie, Charlotte, and Oreo. The four dogs are Opie, Maya, Muffie, and Sophie. Idgie, the cockatiel, is the lone bird. He is an avid outdoorsman, hiker, and Arizona Wildcat fanatic.

Pet Doctor is accepting new patients! Our experienced vets are passionate about the health of Tucson companion animals. Get in touch today to book your pet's first appointment.